Most people would describe my dad as one heck of a character.  I think that’s probably putting it nicely.   Although I personally wouldn’t trade him for any other model, I acknowledge that he was always a stern father, and I am fairly certain a stern husband (right, Mom?)  He was and is always right and he always gets the last word.  This is so true of him that when he placed his own gravestone in our local cemetery (several years ago now) he really took it to heart.  I have always gotten a kick out of it. 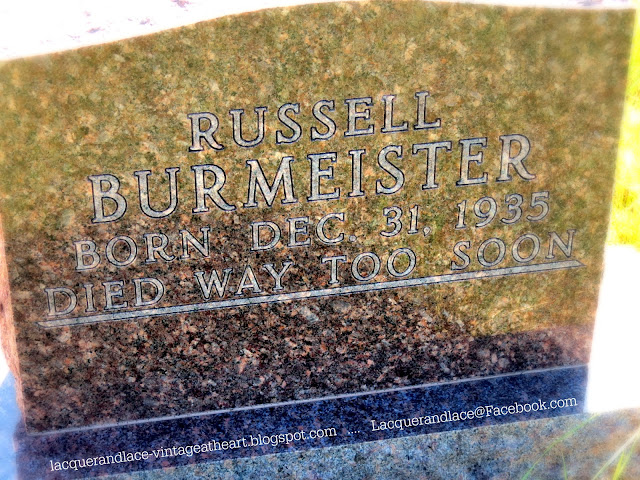 Dad is fond of saying he was born the last day of 1935. The year his mother discovered she was pregnant they were living out of a wagon working a ranch hand job.  Later that year they moved into a homestead shack.  This was not a city guy living the soft life.  I hear tales that his father wasn’t the nicest guy, which also probably affected Pa’s life.   I can tell that his mother doted on him from the many photos of his childhood, and from the way he talks about her.  My mother only knew her for a few years, but she really loved her too.  She describes her as a nice, soft-spoken, kind woman.  Granny died the year I was born. 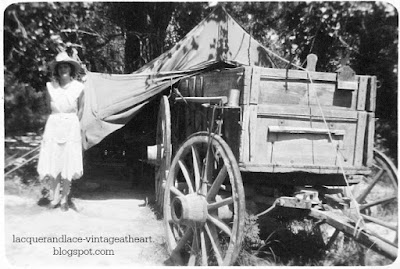 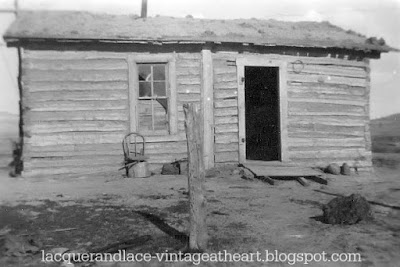 Dad was what I would call a rootin tootin cowboy.  He broke horses, rode rodeo stock, boxed in the Golden Gloves, and flew a personal plane (at times to a bar somewhere).  He doesn’t eat wild game because that is what they grew up on - it was very often all they had.  He called eggs “chicken eggs,” simply because when he was growing up they also ate guinea eggs and duck eggs, and a chicken egg comes from a chicken.  What he and my mother gave to me was a childhood that just can’t be beat.  Dad was a farmer rancher, and I was a daddy’s girl.  I remember having my blanket on the floor of the combine looking out the glass, spending the day farming with him with packed lunches in the field and an ice cold yellow and white water jug.  Memories include chickens and gardening with my mom, a one room school house, an outhouse, canning, a baby deer, baby lambs, and so much more.
He sure gets a kick out of that gravestone of his and I say job well done, Pa.  I might also mention that he built his own pine coffin to cut down on expenses, but that particular fact doesn’t always impress folks.  Did I say he has a whole lot of “character”?  Love you Dad. 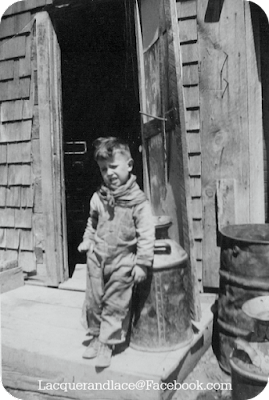 Seeds of the Month Club

For me it’s more than just vintage goodies or nostalgia. Growing up in a very rural area we lived a “vintage” life style. My mother always had a large garden and canned like no other, we raised chickens, bottle fed calves and more. I still love and cherish the planning and preparing of a great home cooked meal and yes saying a prayer before digging in. I really appreciate your support of my little page.

I also blog for: 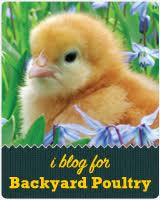